TheGunBlog.ca — On Aug. 27, less than 24 hours before Canada’s prime minister ordered the examination of a “full ban” on more than a million guns owned by hunters, farmers and sport shooters, Statistics Canada published a special report: “Firearm-related violent crime, 2009 to 2017.”

On Sept. 4, StatCan Chief Statistician Anil Arora wrote to the prime minister’s office about the “Latest information on crime and guns,” according to a report to the House of Commons.

In between, on Aug. 30, the state media company published “Canada gun facts: Here are the latest stats on firearm deaths, injuries and crime.”

The following article looks at:

Procedure. The government passed the Statistics Act of 2017 to give StatCan “greater independence” from the government. TheGunBlog.ca asked the agency this month about relations with the government, the Aug. 27 report and the Sept. 4 letter. StatCan’s full response is below.

Perceptions. The creation and interpretation of statistics shapes perceptions, politics, policy and culture. Collecting, analyzing, presenting and understanding data is complex. Stats are easy to misinterpret and easy to abuse.

Policy. Accurate, fair and balanced information on shooting and firearms is more critical than ever today as the government prepares to pass Bill C-71 as a law against legitimate gun owners. It’s examining new gun bans for licensed shooters beyond what’s in Bill C-71, and may make it a crime to keep firearms at home.

Politics. Politicians, police, the press and even doctors are misrepresenting statistics to criminalize honest hunters, farmers and sport shooters and take away their guns. They are distorting crime statistics to undermine civil liberties and public safety. This is dangerous for individuals and for democracy.

Guns and Only Guns

Analysis. Guns and shooting are often the only weapon and method analyzed at length in the homicide and crime reports. (StatCan views guns, not bullets, as the weapon. It counts guns differently when they are used as blunt objects.)

Emphasis. In at least the past five editions of the homicide report, shooting has had its own section and the bulk of attention, even though total fatalities from stabbing have exceeded those from shooting.

Definitions. StatCan said it developed its definitions on firearms and crime with the Canadian Association of Chiefs of Police, a group that lobbies for more prohibitions on gun owners. It has been listed as a member of the Coalition for Gun Control, which campaigns against civilian gun ownership.

Counting. StatCan includes offences committed without firearms under “firearm-related crime,” such as crimes committed with replica guns or toys, potentially even water pistols (See below). TheGunBlog.ca found more than a third of what Toronto police included as “crime guns” in 2017 weren’t firearms under Canada’s Firearms Act. StatCan data come from police.

Complexity. Stats are imperfect. Definitions, methods and needs change. The firearm stats depend on tens of thousands of entries on police questionnaires, some of which are incomplete or inaccurate.

Context. StatCan provides more context. It opened a presentation last year by saying “gun crime” is less than 0.5 percent of all crime. The agency answered many questions from TheGunBlog.ca for this article, as in the past.

Not Their Job. StatCan isn’t responsible for presenting all data on guns and shooting, or for making sure everyone has a complete and balanced view.

Audience. StatCan serves specialist and non-specialist audiences. It does its best to answer the questions that people are asking.

The Globe and Mail reported in late July that the government was considering gun bans. CTV News hired Nanos Research to run an opinion poll on the subject from Aug. 25 to 27. The news organization published the results at 10 p.m. Toronto time on Sept. 2. 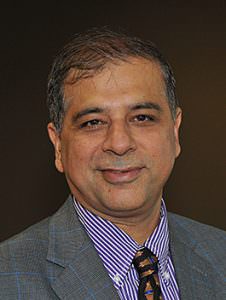 Tracey Wilson of the Canadian Coalition for Firearm Rights said Jan. 30 on Twitter the group is seeking information on the Sept. 4 letter under Access To Information and Privacy (ATIP), a common way to get government documents.

This note is in response to your email to Statistics Canada’s Media Hot Line received February 1, 2019.

Media Relations is not in a position to respond to your question on the Chief Statistician’s correspondence. You may wish to file an Access to Information request (the procedure is outlined on the Statistics Canada website) to determine what information may be available.

Every year in July, Statistics Canada releases to Canadians updated detailed statistics and trends on crime and on specific firearm related crimes, namely firearm related violent crimes and on the presence of a firearm in the commission of a crime.

Every year in November, Statistics Canada releases to Canadians updated detailed statistics and trends on homicide and on specific firearm related homicides including details on the implication of gangs and organized crime. The homicide report includes tables outlining homicide rates involving guns, knives and beatings with a chart highlighting changes over time.

The production of the most recent firearm Juristat spanned a period of several months and built on the most recent releases of crime and homicide statistics. This report, entitled Firearm-related violent crime in Canada, 2016 was released on June 28th and was accompanied with an Infographic, highlighting key results.

After the release of the annual crime statistics in July 2018, we released updated firearm related statistics on the Statistics Canada website (2009 through to 2017) in the format of Just the Facts. The Just the Facts publication is intended to inform Canadians on recent trends that is responsive to requests that we receive from the media and public by providing short and focused tables related to current events.

The Canadian Centre for Justice Statistics has the mandate to publish information on all aspects of the justice system. The sources for data on crime and homicides are the Unified Crime Reporting Survey and the Homicide Survey. Data are provided by police services across Canada and the timing of releases is generally guided by the time lapsed since the data were collected. We strive to minimize this lapse in order to ensure we provide timely and relevant information.

You make an interesting suggestion regarding other information on firearms. However, this information falls outside the mandate of the Canadian Centre for Justice Statistics. You may wish to consult other sources which could provide this information.

Thank you for your interest in Statistics Canada.

The following Q&A with StatCan is from a follow-up e-mail this week. TheGunBlog.ca edited the questions and formatting for clarity.

What types of firearm and crime count as “gun crime”?

StatCan: Police reported data are collected through the Uniform Crime Reporting (UCR) Survey. In this survey police are able to report two different weapon-related variables for violent incidents. These are:

Police can report firearm data according to the following categories:

Police can then classify these are real or facsimile.

These definitions and concepts have been developed in collaboration with the Canadian Association of Chiefs of Police, these definitions are included in UCR scoring manuals used by all police services. Online training is available through the Canadian Police Knowledge Network (CPKN) and constantly updated as required.

In addition to the firearm-related violent offences listed above Statistics Canada also captures information related to non-violent criminal incidents that involve firearms examples of these are as follows:

Examples of What Counts (or Not) as ‘Gun Crime’

Homicide by Bullet and ‘Gun Crime’

When police (or anyone) legitimately (non-culpable) shoots someone to death (e.g., self-defence, public safety), is that counted as “firearm-related” homicide?

StatCan: The Homicide Survey collects police-reported data on the characteristics of all culpable homicide incidents, victims and accused persons in Canada (homicides committed by or against Canadians in other countries are not included). Homicides that are deemed non-culpable are not an offence as per section 222 (3) of the Criminal Code, therefore these incidents are not in-scope.

The Homicide Survey was established by Statistics Canada in 1961 when it began collecting information on all first and second degree murders in Canada, as per the Criminal Code. Cases of manslaughter and infanticide were added to the survey in 1974.

Is all homicide by bullet (culpable and non-culpable) counted as “gun crime”?
StatCan: Only culpable homicides are reported in crime statistics and homicides by shooting are included in firearm-related crime.

Suicide by Bullet and ‘Gun Crime’

If someone shoots themselves to death, is that always counted as “gun crime”?
StatCan: No, only culpable homicides are reported in crime statistics. Suicides are not counted as homicides.

What is the total homicide rate by adults with vs. without a firearm Possession and Acquisition Licence (PAL)? Would it be possible to analyze “apples to apples,” e.g., 100 percent of PAL holders are adults, about 90 percent are male.
StatCan: Because of the high proportion of unknown variables, it is not possible to calculate such rates and it does not currently release data about the licensing status of accused in firearm related homicide.

As well, currently in Canada there is no complete data on the total number of people who own a firearm, licensed or not.

Although information on ownership, legality and origin of a firearm is occasionally available without recovering the firearm or without identifying an accused, it is ideal to have a recovered firearm and an accused identified in order to get complete data on these topics.

Subscribe to TheGunBlog.ca to get our e-mails with more info, intel and insight.